With the election fast approaching, farmers, ranchers, landowners and rural residents across the country are wondering what will happen to the agriculture and real estate sectors under either candidate. For the response of each on issues such as trade, programs, biotechnology and sustainability, view the presidential candidate questionnaire issued by the American Farm Bureau Federation on fb.org.

Of course, one of the issues most important to professionals in farm asset management and real estate is tax policy. The following is not an endorsement of either candidate but rather our understanding of each candidate’s stance on taxes.

In December of 2017, President Trump signed the Tax Cuts and Jobs Act, which was the largest tax code overhaul in three decades. The reform package lowered the corporate tax rate from 35% to 21%. The package retained the old personal income tax bracket structure but lowered the rates within each bracket—the top bracket rate decreased from 39.6% to 37%, the 33% bracket to 32%, the 28% bracket to 24%, the 25% bracket to 22%, and the 15% bracket to 12%. The 10% and 35% brackets remained unchanged. Most changes to the personal income tax code will revert to pre-TCJA status after Dec. 31, 2025.

The law also raised the estate tax exemption for single filers to $11.2 million from $5.6 million under the previous law. Owners of pass-through businesses (partnerships, sole proprietorships and S-corporations) now see a 20% deduction for pass-through income. Though President Trump has not released a detailed plan going forward, our research concludes that he has campaigned to lower personal and corporate taxes even more.

Presidential candidate Joe Biden has outlined a proposed tax plan that would reform the current tax code and raise taxes more than $3 trillion over ten years in order to pay for other policy changes. For individuals, this means that the top marginal rate would be raised from 37.0% to 39.6%, with no changes announced for annual incomes less than $400,000. He would repeal the $10,000 cap on the deduction for state and local taxes put in place under the Tax Cuts and Jobs Act of 2017. However, the administration would limit itemized deductions to 28% of face value. The Biden campaign has also proposed a 12.4% Social Security tax rate to all incomes over $400,000.

For incomes over $1 million, a Biden administration has proposed setting a tax rate of 39.6% to capital gains and dividends, up from the current rate of 23.8%. Biden would also eliminate 1031 exchanges for those with an annual income greater than $400,000. A 1031 exchange (or like-kind exchange) allows real estate investors to defer capital-gain taxes when a property is sold by directing the money into another investment of equal or greater value shortly after the sale. If a taxpayer owns real estate up until the time he or she passes away, all of the capital gain tax is currently eliminated, although it could be subject to an estate tax. The Biden campaign has proposed to make all the capital gains due at the time of sale, and heirs will no longer have the ability to step-up basis at the predecessor’s date of death.

While a president cannot create laws, executive policy goals are implemented to influence Congress. As evidenced above, each candidate has a vastly different approach to boosting the American economy of which tax policy is a pillar. We know all candidates have their pro’s and con’s when it comes to agriculture and real estate as well as other important issues, so we hope you will review all policy stances and, most importantly, vote. 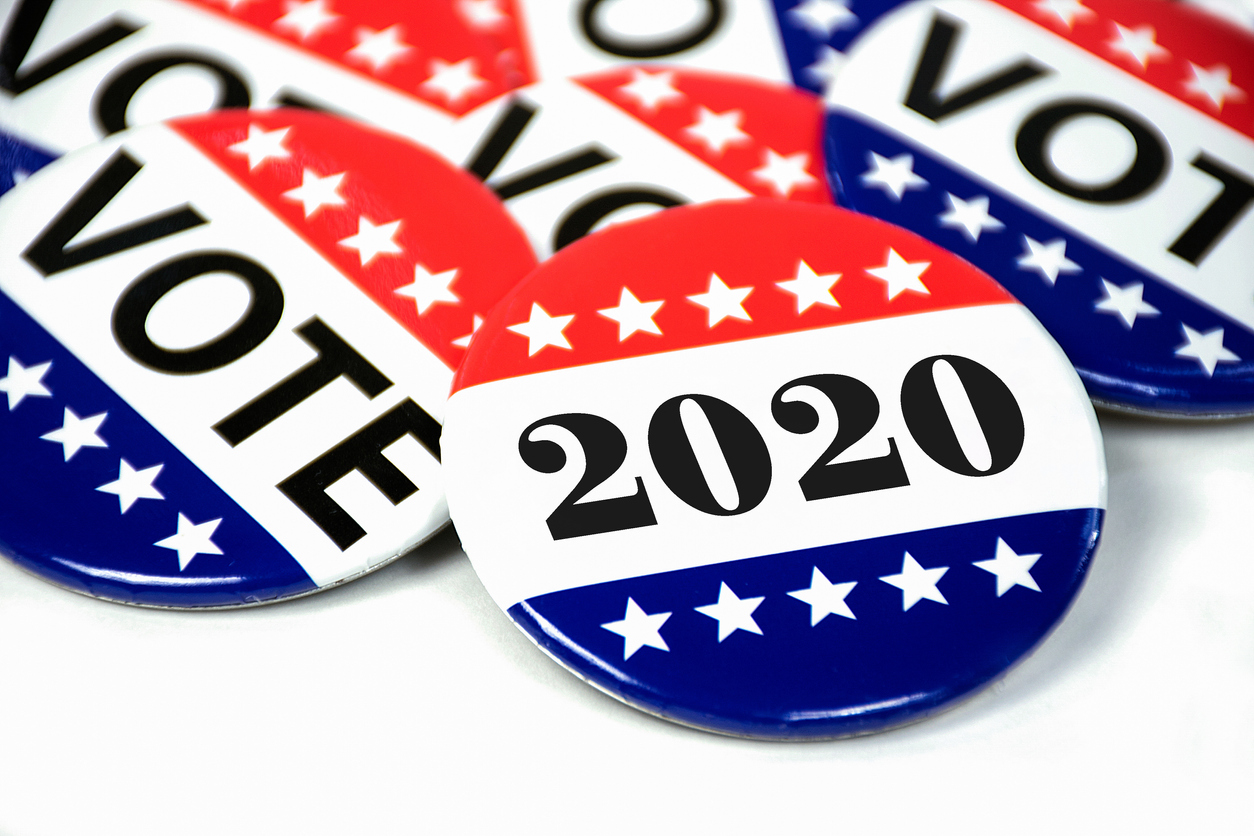