The overall theme of the 2017 ag census appears to be fewer farms, older farmers. On April 11, 2019, the U.S. Department of Agriculture released the results of the 2017 Census of Agriculture: data shows an increase in the average size of both small and large farms with the average age of farmers increasing as well.

The USDA National Agricultural Statistic Service conducts the survey every five years, with the latest report including 6.4 million new points of information about America’s farms and ranches along with their operators.

“We are pleased to deliver Census of Agriculture results to America, and especially to the farmers and ranchers who participated,” wrote U.S. Secretary of Agriculture Sonny Perdue. “We can all use the Census to tell the tremendous story of U.S. agriculture and how it is changing. As a data-driven organization, we are eager to dig in to this wealth of information to advance our goals of supporting farmers and ranchers, facilitating rural prosperity and strengthening stewardship of private lands efficiently, effectively and with integrity.”

The census provides a comprehensive summary of agricultural activity for each state. Cropland operations in the Midsouth have declined as the national data shows. For example, in 1997, Arkansas had 31,847 operations, which decreased 25.7% to 23,665 by 2017. Out of the four states presented, Missouri was the only state to have an increase in cropland operations since the last ag census in 2012.

Another aspect of a cropland operation is the land tenure. Who owns the land? In general, most land in the Midsouth is fully or partially rented, meaning the operator owns a percentage or portion of the land operated. Most operators fully own a very small percentage of the cropland within their operations. Over the past five ag censuses, the percentage of cropland rented by operations has been increasing, which can be attributed to multiple factors:

By reviewing data reported in the ag censuses, farmers and ranchers gain awareness of the current trends affecting their industry and may then be better informed when discussing policies and regulations. To view the full report, visit the NASS website at www.nass.usda.gov. 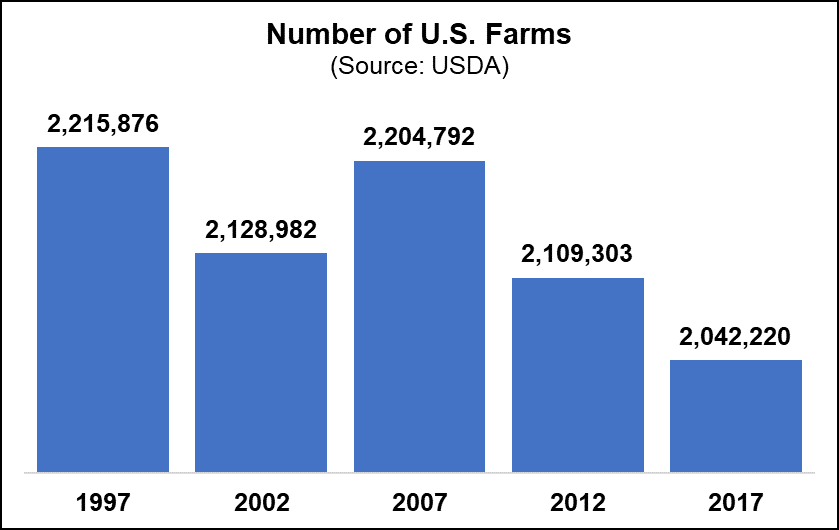 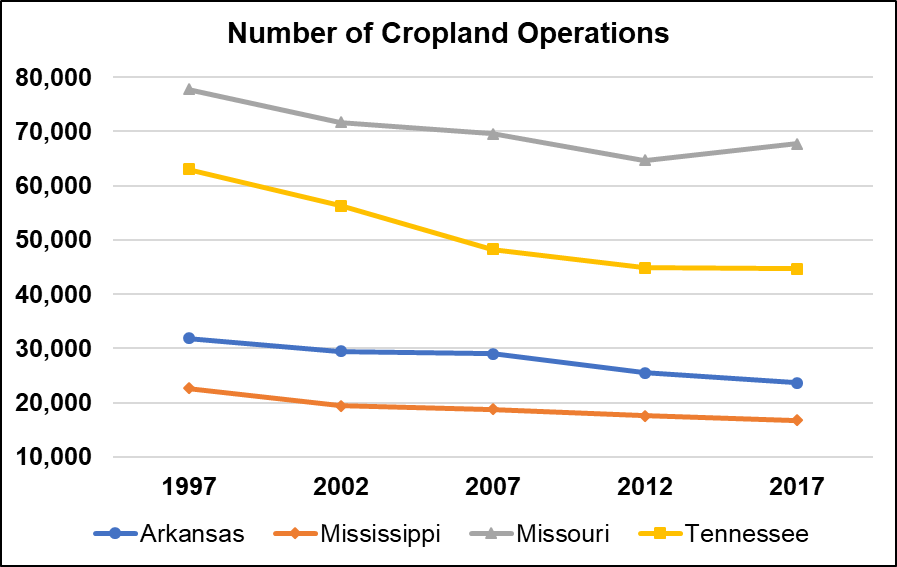 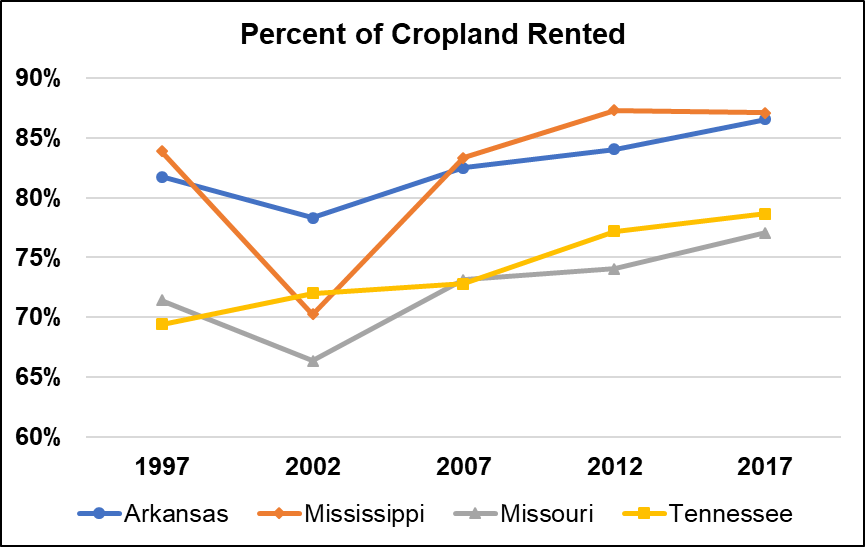